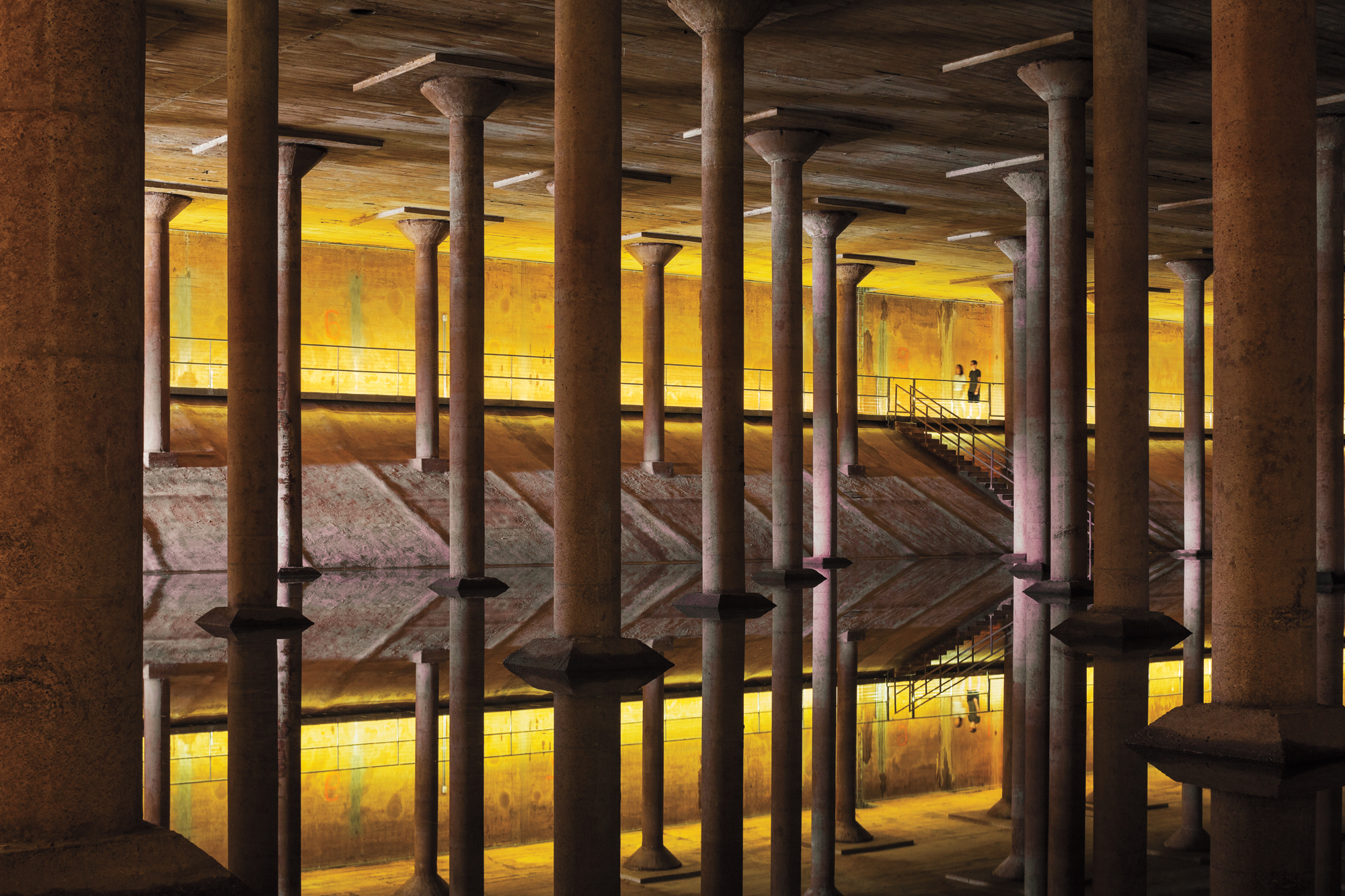 On Saturday, August 13th the club will visit the Cistern in Buffalo Bayou park.

The Buffalo Bayou Park Cistern is a former drinking water reservoir built in 1926 for the City of Houston. As one of the city’s early underground reservoirs, it supported the municipal water system’s goals of fire suppression (water pressure) and drinking water storage. After operating for decades, an irreparable leak was discovered and after a few years, the reservoir was decommissioned in 2007.

BBP restored and repurposed the Cistern into a magnificent public space to house an ambitious program of changing art installations. Houston-based architecture and engineering firm Page was charged with designing a ground-level entry structure to help transition visitors from the outside into the Cistern and making improvements to the shelf on the perimeter of the space to create a six-foot-wide, ADA compliant walkway with guardrails. In May 2016, Buffalo Bayou Partnership opened the Cistern to the public.